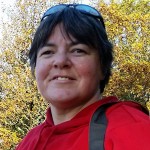 Although born in South Wales Jo has adopted Mid Wales as her home, living here since 1978, initially in Montgomeryshire and since 1987 in Radnorshire – two of the three old counties that make up Powys. Having been with the ambulance service for 29 years, Jo has a deep understanding and knowledge of the highways and byways of this area, further enhanced in the last seven years since owning a sports car which has opened up even more of the surrounding countryside.

Jo thrives on meeting new people, never having been one to work nine-to-five in an office. Everyone has a story to tell! The germ of TriCounty as a way to offer tours of the surrounding areas has been there for a long time, greatly encouraged by her love of driving in this beautiful part of the world.

Her personal interests are animals, nature, naval history, light entertainment as well as dropping ‘car’ into the conversation at every opportunity. 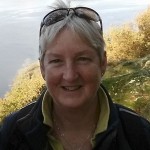 Born and bred a Londoner Suzy has embraced living in the Welsh Marches (an ancient term for the border country) since moving here several years ago. As a community midwife her job has taken her through some breathtaking landscapes. Seeing such amazing scenery Suzy wants to be able to welcome visitors to the lesser known areas of magical Mid Wales and the two neighbouring English counties of Shropshire and Herefordshire.

Personal interests are gardening, pets, walking, singing and dropping her ‘car’ top since being introduced to the enthusiastic sports car world. Not many a community midwife turns up on farms with a top down sports car!